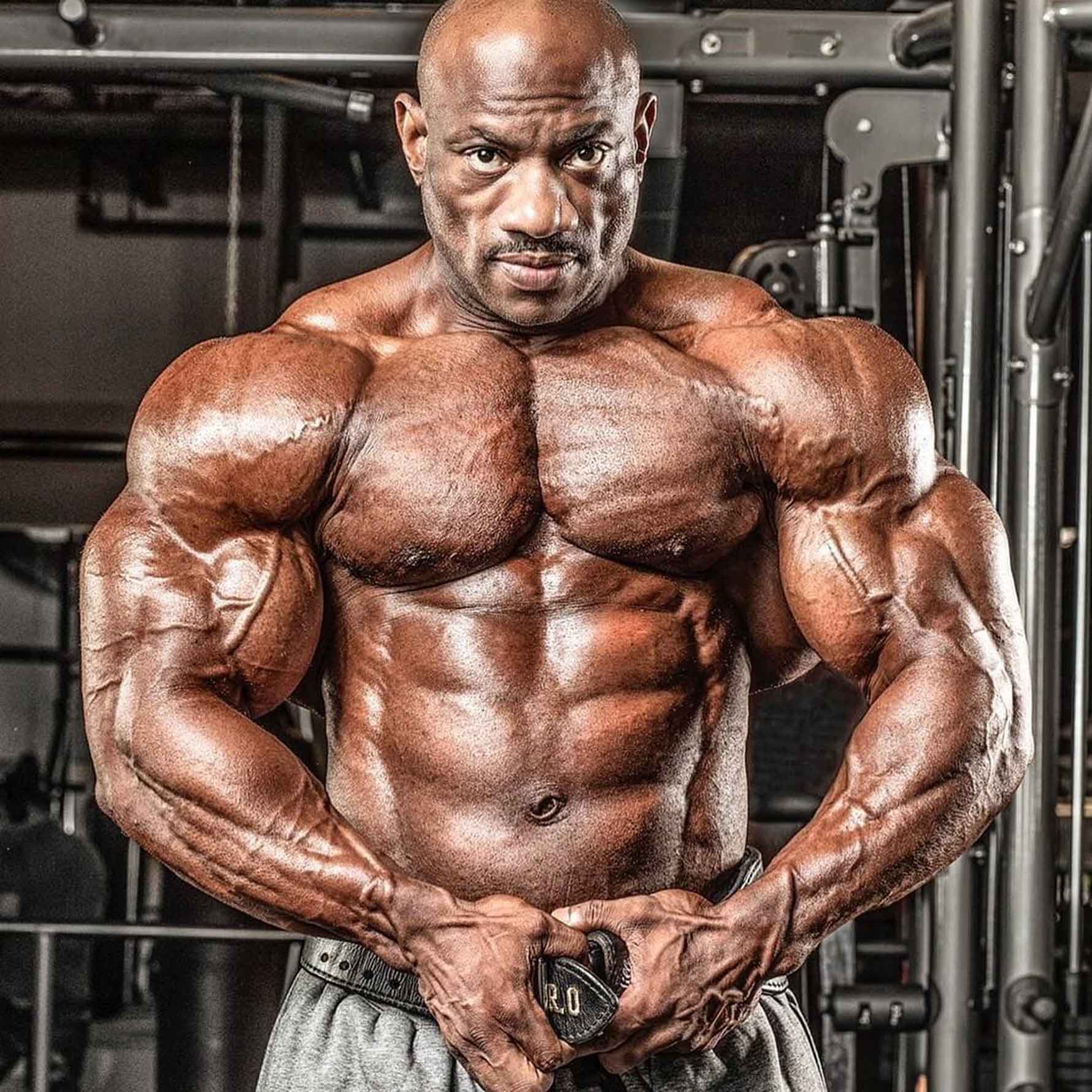 Dexter Jackson is an American bodybuilder who has been performing professionally for over 15 years (since 1999). Over the course of his long career, he has won countless bodybuilding titles, the most significant of which, by his own admission, are first places in the “Mr Olympia” (in 2008) and “Arnold Classic” (in 2005, 2006, 2008, 2013 and 2015 years). In total, the athlete is the owner of almost 30 awards won at tournaments according to the IFBB.

Future bodybuilding star Dexter Jackson was born on November 25, 1969 in Jacksonville, Florida. It is the most populous city in the state and the 20th largest city in the country. The number of inhabitants (taking into account the surroundings) is about 1.5 million people, the area (excluding the surroundings) is about over 2264 square kilometers.

Dexter Jackson became interested in sports at a young age: like most local boys, in the junior and middle grades he was interested in baseball, basketball, football (American), even boxing, but after moving to senior classes, he stopped at athletics (sprint). Even then, he stood out for his refined athletic build, high endurance and speed-strength indicators: the forty-meter distance showed results at the level of the best US athletes – 4.2 seconds.

Jackson’s dream in those years was to study at the institute and a high-paying job after graduation. But it didn’t come true. The guy’s girlfriend got pregnant, as a result, he had to take care of a young family, becoming its main earner. The story is not the most pleasant, since the girl’s parents, having learned about what happened, kicked her out of the house. To pay the family bills, Dexter had to take a job as a cook at a local restaurant.

In parallel, the future titled bodybuilder Dexter Jackson continued to train regularly with the hope that since it did not work out to become a businessman, it might turn out to become an athlete. When he was 20 years old, acquaintances, drawing attention to the impressive muscles of the young man, invited him to perform at a local bodybuilding tournament. Without doubting his abilities, Jackson has been intensively engaged in the gym for three weeks and, as a result, won the first prize for himself.

Although bodybuilder Dexter Jackson worked hard, pumping his own body, many “experts” doubted his chances of winning professional competitions. They say that an athlete who is accustomed to winning through hard work, and not thanks to outstanding genetics, will not be able to compete with giants like Ronnie Coleman, Kevin Levrone, Flex Wheeler and Shawn Ray. However, the skepticism of the “experts” quickly disappeared when, already at the first competitions, the athlete came close to the strongest bodybuilders of that time: he was 7 at the “Arnold Classic”, 4 at the “Grand Prix England” and 3 at the “Night of Champions” in 1999.

Dexter Jackson’s first and only victory at Mr Olympia happened in 2008: not being a favorite, he unexpectedly bypassed Jay Cutler for many. According to rumors, the majority of votes was negligible (less than 10%), but it was enough for Dexter to become the best of the best bodybuilders.

On this, Dexter Jackson did not end his own career, but continued to perform in professional competitions. In particular, he competed at Mr Olympia in 2009-2016, however, he has not yet become its two-time triumph (2-6 places). 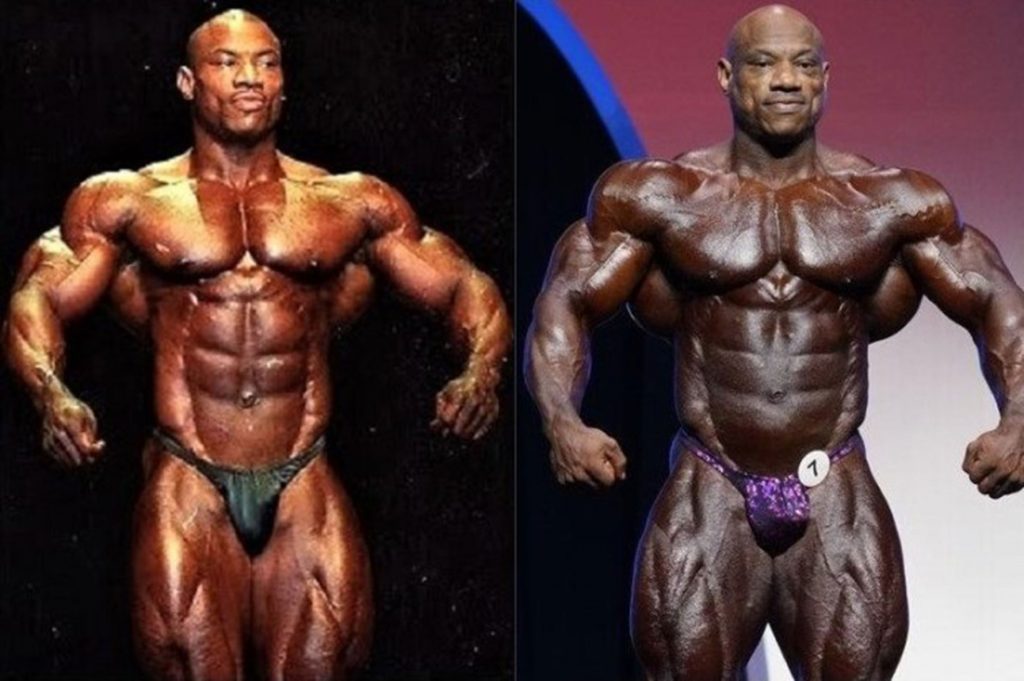 Dexter Jackson, in addition to winning at “Mr Olympia”, has other significant titles won. For more than 20 years, first amateur, and after professional performances, he achieved the status of a legendary bodybuilder:

These are not all the athlete’s awards, but only those that we considered necessary to mention. In fact, he triumphed over 30 amateur and professional competitions between 1992 and 2016.

Dexter Jackson, as befits an athlete of his caliber, has outstanding anthropometric data at its peak. It was precisely the honed muscles, combined with the impressive dimensions, that allowed him to bypass Jay Cutler in the main bodybuilding tournament.

Some interesting facts about the bodybuilder:

Dexter Jackson is now not only an outstanding bodybuilder, but also a father of four. Until recently, he was married, but nowadays he is a bachelor. Loves expensive suits and shoes. At home, he built a separate wardrobe for Armani clothes. From food, when the regime permits, prefers pizza. 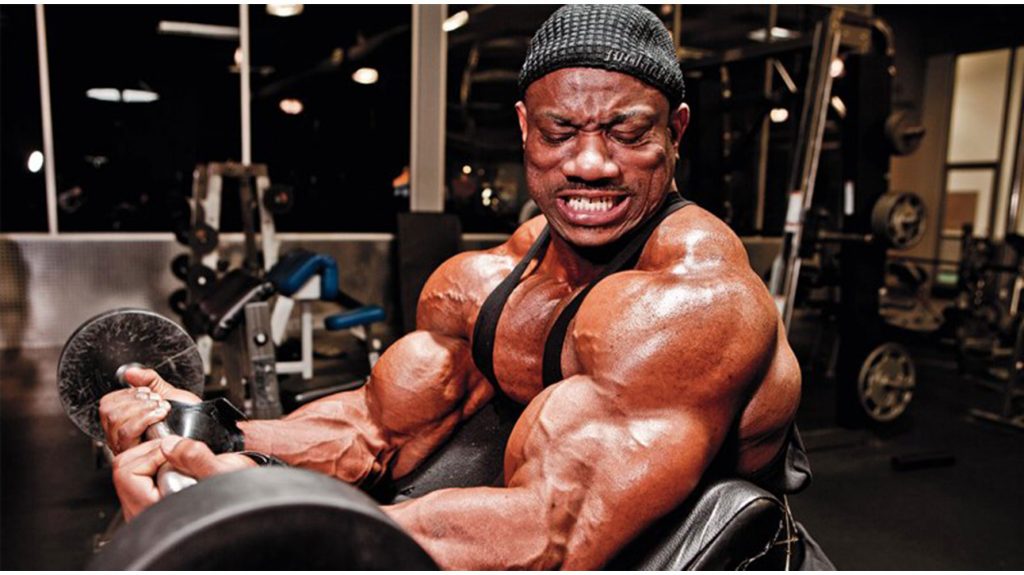 Jackson is not the most genetically gifted, let alone the most massive bodybuilder in history. Over the years of his professional career, he competed with such titans as Ronnie Coleman, Jay Cutler and Phil Heath, whose competitive weight is 10-20 + kilograms higher at peak form. Dexter achieved victories not due to the maximum dimensions, but due to the aesthetics of the muscles.

After the main training ends, the Dexter Jackson training program (scheme) involves a half-hour aerobic session. Sometimes he intuitively lengthens it to 45 minutes, and also periodically performs 2 cardio sessions per day, lasting from half an hour to 45 minutes.

The athlete is especially proud of the biceps, to which he pays the throne’s attention when pumping his arms.

Dexter Jackson even came up with a special biceps complex for himself, aimed at working out the muscles of the same name. It includes exercises of the form:

Dexter Jackson has funny nicknames: “Blade” and “Ninja Turtle”, which in both cases hints at his carefully carved muscles and similarities with the corresponding comic / cartoon / movie characters. 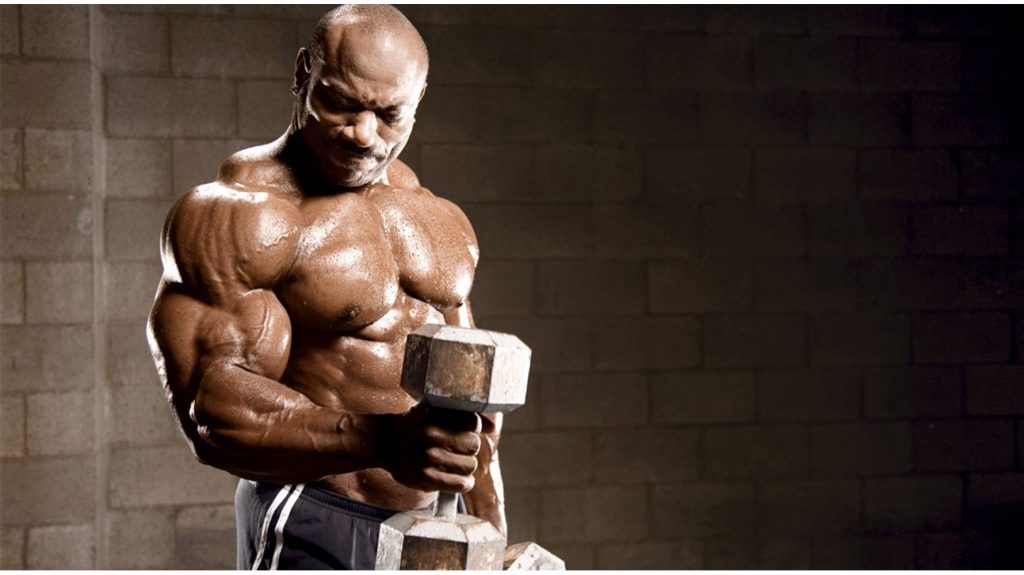 Was Dexter Jackson on Steroids?

Like most famous bodybuilders of the past and present, Dexter Jackson used steroids. But the athlete does not like to talk about it. If you wish, you can first find quite old interviews of a bodybuilder on the Internet, in which he says that he avoids the use of drugs prohibited in sports, and then relatively new ones, where it is said that he uses “chemistry” in order to compete with competitors who are all on anabolic steroids.

There are a variety of theories suggesting which steroids Dexter Jackson was taking, but none of them are supported by facts. If we consider this question from the point of view of logic, then the most truthful option seems to be that the athlete, among other things, used Testosterone Cypionate, Trenbolone Acetate, Stanozolol, as well as HGH in increased volumes. On average, this is: up to 1500 mg of Testosterone Cypionate per week, up to 200 mg of Trenbolone Acetate per day, up to 150 mg of Stanozolol per day, and 15 IU of HGH per day.

It is unlikely that we will be able to find out how much truth is in these words, as long as anabolic steroids are on the “black list” of WADA. Before legalizing them, no performing bodybuilder would want to openly discuss their own pharmacological diet.